In January 1928 Archibald John Mills and family arrived at the Clockhouse Nursery, which is now owned and run by the third consecutive generation of the same family.

During the fifties trade at the stall gradually increased customers began to buy direct from the nursery, cut-flowers of chrysanthemums and Dahlias now became the main income, along with tomatoes and some bedding plants. Steadily trade grew, the range of plants increased, and now with more customers visiting the actual nursery the stall was given up.

The seventies saw a period of major change, tired old greenhouses were cleared to make way for modern aluminium glasshouses with a much larger sales area and car park. During this time shrubs, conifers and hardy perennials gained in popularity and, as peoples knowledge increased, so too did their desire for gardening to become more professional. Not just desiring plants but quality composts, pots, hanging baskets and garden chemicals, around this time many nurseries became “garden centres” adding furniture, bar be cues, etc to their range and unfortunately in a lot of cases neglecting their plant sales, but we felt that plants should always take centre stage and expanded the range and variety as much as possible.

Although the appearance of the site is constantly changing, nothing fundamentally has, we like to think the nursery is still unique in that, as far as possible, plants of the highest quality are produced on site to sell direct to the public at our lowest possible prices.

Methods of production have changed considerably, in the past, hundreds of different plants were produced by hand, now, thousands of shrubs perennials & hardy plants are produced alongside millions of bedding and patio plants, using the latest machinery, robotic trans-planters,automatic irrigation and computer controlled benches, although most production is still on site, due to lack of space, some of the larger specimen and rarer plants are produced by our associate growers here in the U.K., Italy, France, Holland, Belgium and New Zealand but no matter where or how our plants are grown the same core idea of top quality with low prices and a no nonsense approach remains. This is our past and the principles for our future.

We are grower-retailers & operate along the same lines of a traditional shop but with the stock capacity of a cash & carry. You do NOT have to be a member to shop here or to qualify for our discounts. We are open to all. You can, if you wish, become a member of our “Garden Gang” reward card scheme. Because we ‘turn around’ high numbers of items and because we deal with so many other growers (as well as growing ourselves) publishing accurate stock lists is extremely difficult, so the best way to find out if we have something that you need in store is to contact us via social media, by email from this site or by telephone. Also, we have no ability to be, or firm aspirations to become, online sellers. We prefer, where possible, folks to come to us & choose their own plants knowing that they will receive EXACTLY what they pick & also that they will not get STUNG for massive p&p charges. If absolutely necessary we can take orders by telephone or email.

Here at Clockhouse Nursery we pride ourselves in providing reasonably priced plants & the products you need to grow them effectively.

So, no need to wade through the tide of unnecessary paraphernalia that you will find in most modern garden centres.

No need to worry about parking either as we have over 150 spaces available. 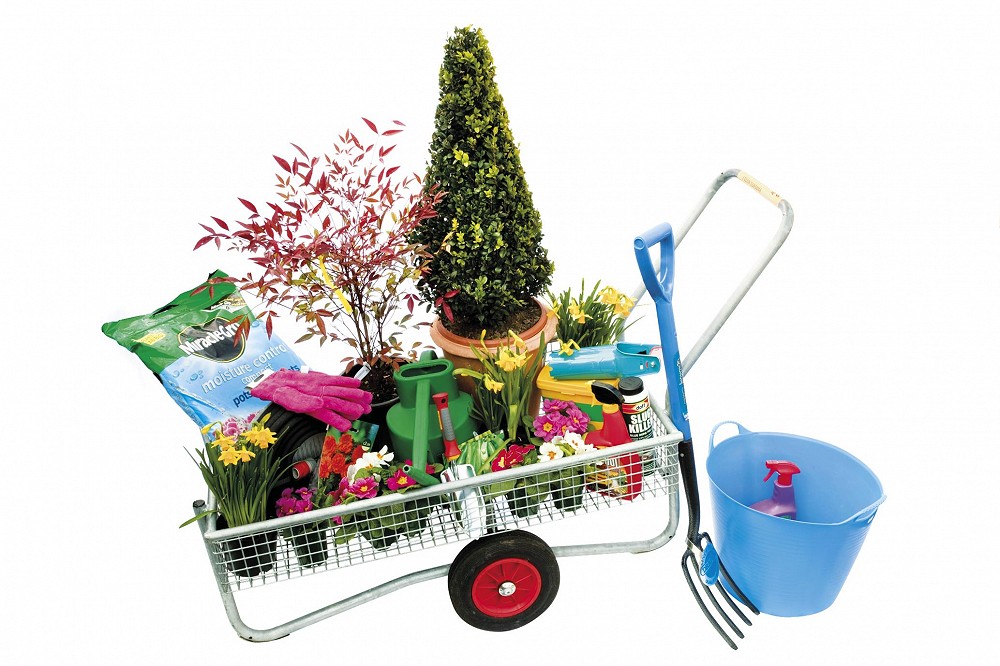 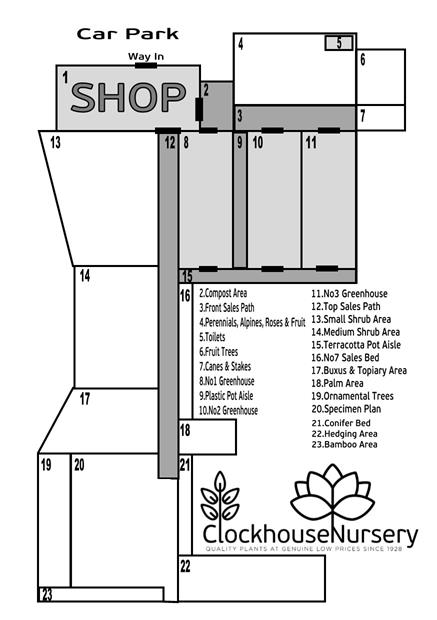 Finding your way around our site

Please note that, although this map is still relevant, we are now orerating under some covid19 distancing procedures which means that there are partial one-way systems in place. This restricts easy access between some areas.

Over recent years we have put a lot of effort into making our nursery as easilly accessible as possible. The entire sales area & car park have hard sufaces made from either concrete or tarmac. Outside pathways are wide and our sales beds are sturdy brickwork allowing customers to sit & take a rest if one of our benches is too far away or already occupied.

We feel that you will be able to navigate our nursery with ease, whether you are here for a leisurely browse or a calculated ‘in & out’ quick shop. Free copies of the nursery map (shown to the right) are available from our customer services desk, they also have a shop layout map on the back of them. Don’t forget, a member of staff will be more than happy to point you in the right direction.

We hope that you enjoy your visit. 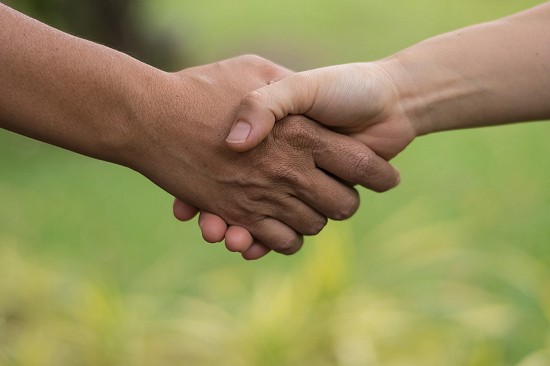 We offer discounts on purchases which are open to everyone. 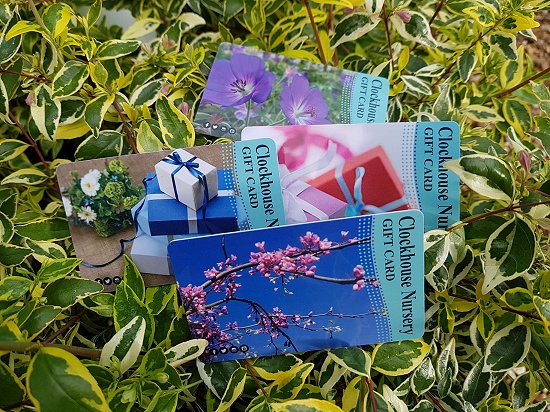 The perfect gift for green fingered family and friends

If you have absolutely no idea what to buy for as a gardening gift but you do know that the recipient is a Clockhouse Nursery customer, we can offer you a Clockhouse Nursery specific gift card. Available in four designs & similar to many highstreet gift cards in size. Simply request one at the tills, choose your design & it can then be pre loaded with an amount of your choice. Once loaded the amount on the card can be used as part payment or in its entirety. Please don’t forget to mention to your family & friends that they can become part of the Clockhouse “Garden Gang” by signing up for our loyalty card too!

Currently we also accept and sell “National Garden Gift Vouchers” (paper form only) which are accepted at over 2,000 leading UK garden centres, shops and nurseries. With National Garden Vouchers you have the choice of over 90,000 garden products from saplings to pagodas all gardeners will find something they’d like. A National Garden Gift Voucher is great for any special occasion, and whether the lucky recipient is an experienced gardener, or just starting out, they’ll be able to buy everything they need with the thoughtful gift.

We are committed to ensuring that we sell excellent quality plants at what we deem to be reasonable prices. Many of our plants are grown here on site which enables us to maintain quality control to a very high level. Other plants are supplied by trusted companies, many of which have been in business for decades. We are always available to advise customers on the correct care for plants pre-purchase.

Because of this confidence in our product we do not offer a plant guarantee. However should you experience a problem with your plant within six months of purchase we will consider either replacement, credit note or advise you on a course of action to take to resolve the issue. Should the plant need to be returned it must be accompanied with valid proof of purchase (till receipt). We do NOT accept responsibility for plants damaged by weather conditions ( i.e. frost or extreme heat), or poor aftercare. A plant is a perishable good reliant on correct level of aftercare for survival. As such, after six months we relinquish responsibility for its nurturing & hand that duty 100% to the purchaser.

Should you change your mind about a ‘non plant’ product after purchase you may return it to us proving that the packaging has not been opened, the product has not been used, the product is still in saleable condition, with a valid receipt, within 28 days of purchase. Also, should the product be found to be faulty, it should be returned to us inside of 28 days with valid proof of purchase. Return or refund outside of 28 days may also be considered if the product meets the previous requirements stated. Plant returns should be within 5 working days. The plant will need to be in exactly the same condition as it was at the time of purchase and accompanied with a valid receipt. You will be offered credit note, cost equivalent exchange, or refund to the method of payment.This will be at the discretion of management.

All refunds will be credited in the same fashion as initially received, i.e. if you paid by card, the refund will need to be issued to the same card.

We do not offer refunds or guarantees on any sale or stock clearance items.

Please keep your receipt as proof of purchase.

This does not affect your statutory rights.

In the Spring and Summer we’re open 9am - 5pm, 7 Days a week, including Bank Holidays!

Here is a calender showing roughly what times of year different plants are available.

Not many Garden Centres can boast over ninety years of history, and yes, we have seen many changes over that period. Indeed change will continue as we strive always to supply the best in plants and facilities. One thing, however, will never change:

The core philosophy first introduced by Archibald John Mills way back in 1928 remains - the philosophy that built the company’s reputation, sustains it now, and will guide it in the future:

The best way to keep gardeners happy is to offer them plants of the highest quality, sold at reasonable prices. 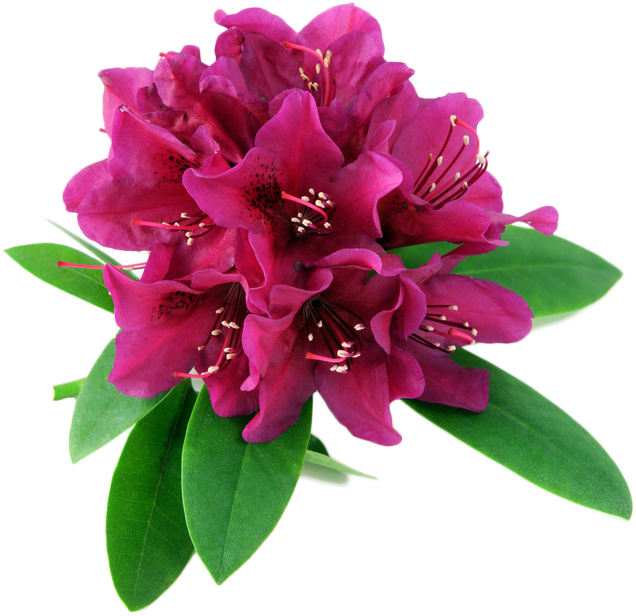 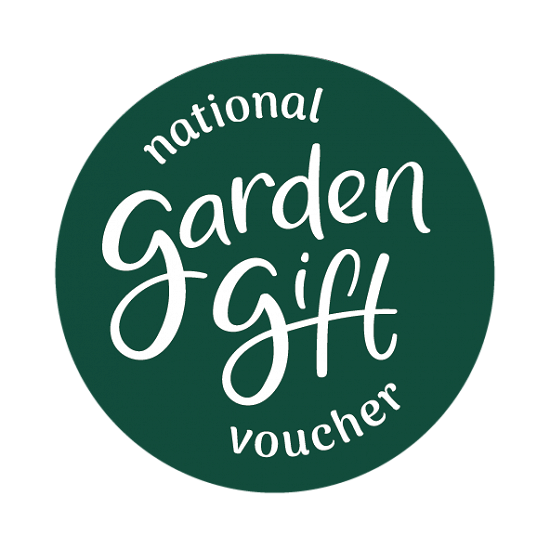 We are proud members of the HTA, the Horticultural Trades Association, which is ‘the’ UK’s garden trades association. The HTA has, for over 100 years, promoted the interests of its members and the industry at large.

Being a member offers us various benefits and for you, the customer, the membership should provide you with some reassurance that we are an establishment of quality that takes its responsibilities to its customers seriously.

It also enables us to offer you access to HTA backed schemes such as the national gift vouchers which are redeemable at other HTA partner businesses across the country.

We are also proud to say that our chosen charity is Perennial GRBS (Gardeners Royal Benevolent Society). We are a Perennial Partner which means that we make an annual contribution to this worthy cause whose sole aim is to help people in many branches of horticulture including arboriculture, farming, professional gardening etc during their hours of need. Occasionally we will attach a donate button to our Facebook posts which will enable you to donate directly to this charity should you feel so inclined. Our industry is enternally thankful to those who are able to donate even the smallest amount. To find out more about their work please feel free to visit their website https://perennial.org.uk/

We are a dog friendly establishment. We are listed with www.dogfriendly.co.uk who’s aim is to provide a directory of dog welcoming businesses accross the UK. All that we ask of you as a dog owner is that your four legged friend is kept on a lead at all times whilst wandering around the Nursery and that you clean up after them should the enivitable ‘accident’ occur.

You may access all areas of the Nursery with your pet but we ask that on busy days, you avoid queing at the tills with them especially if they are not very good around strangers. This area can feel a little confined & we feel that for anxious dogs it is best avoided. Most of the time however, you are welcome to queue & pooch may even get a dog treat if they are allowed.

One thing that we frown upon severly is the leaving of dogs in cars whilst owners are shopping. There is no excuse for this here & we have been known to release pets from boiling hot vehicles by all means at our disposal.

Please feel free to send us a message or ask a question directly via this e-mail form.